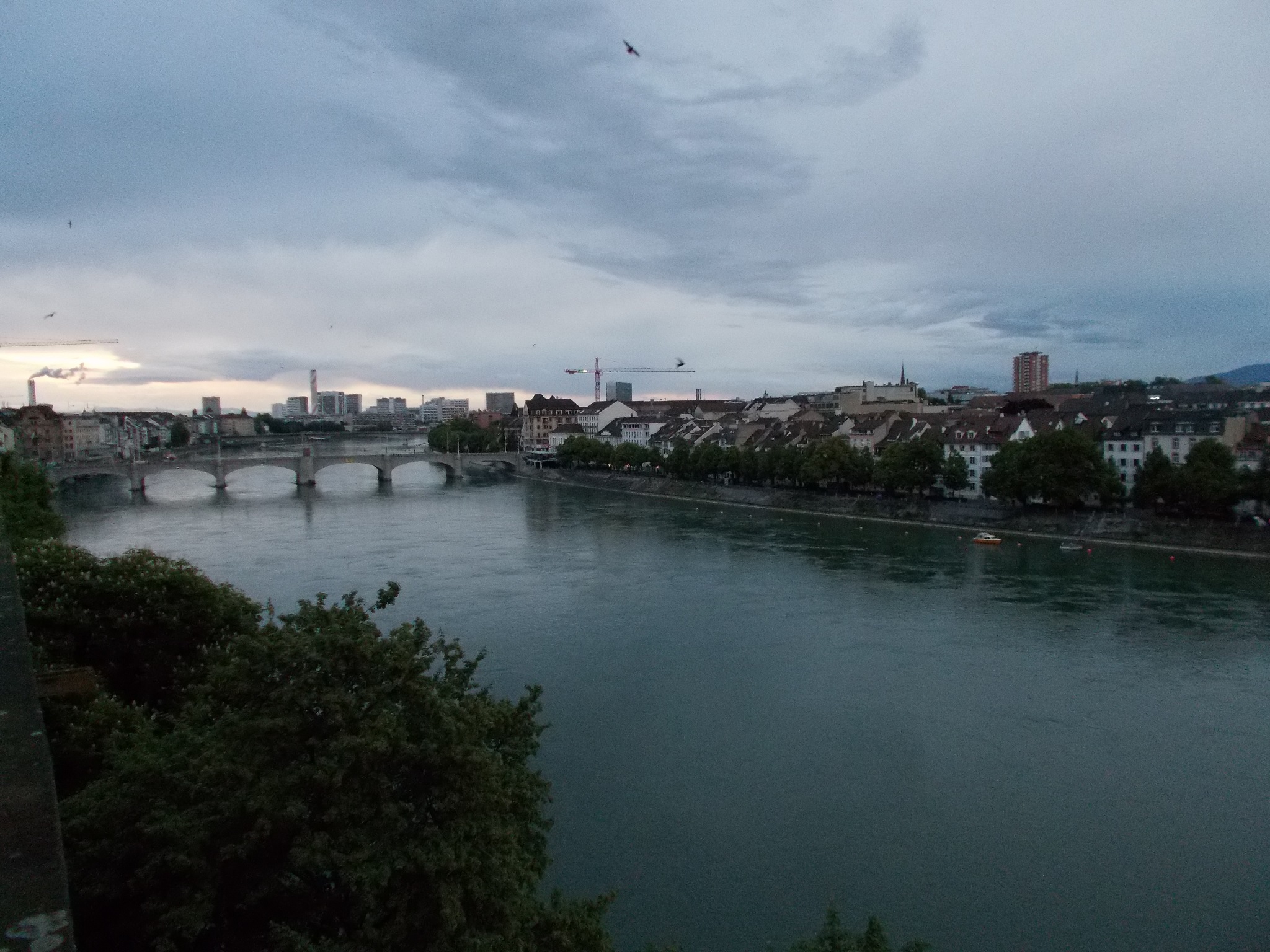 The Rhine as seen from the lookout behind the Basel cathedral. At this point the Rhine is navigable by ships and barges and has completely matured beyond the small river it was in the early stages of our ride. Looking at this scene, I pondered the many things we had seen as the Rhine grew and grew. Once a water source for small country towns, it was now the major waterway for a huge city, beautiful still, but in an entirely new way. Basel, Switzerland – May 12, 2014.