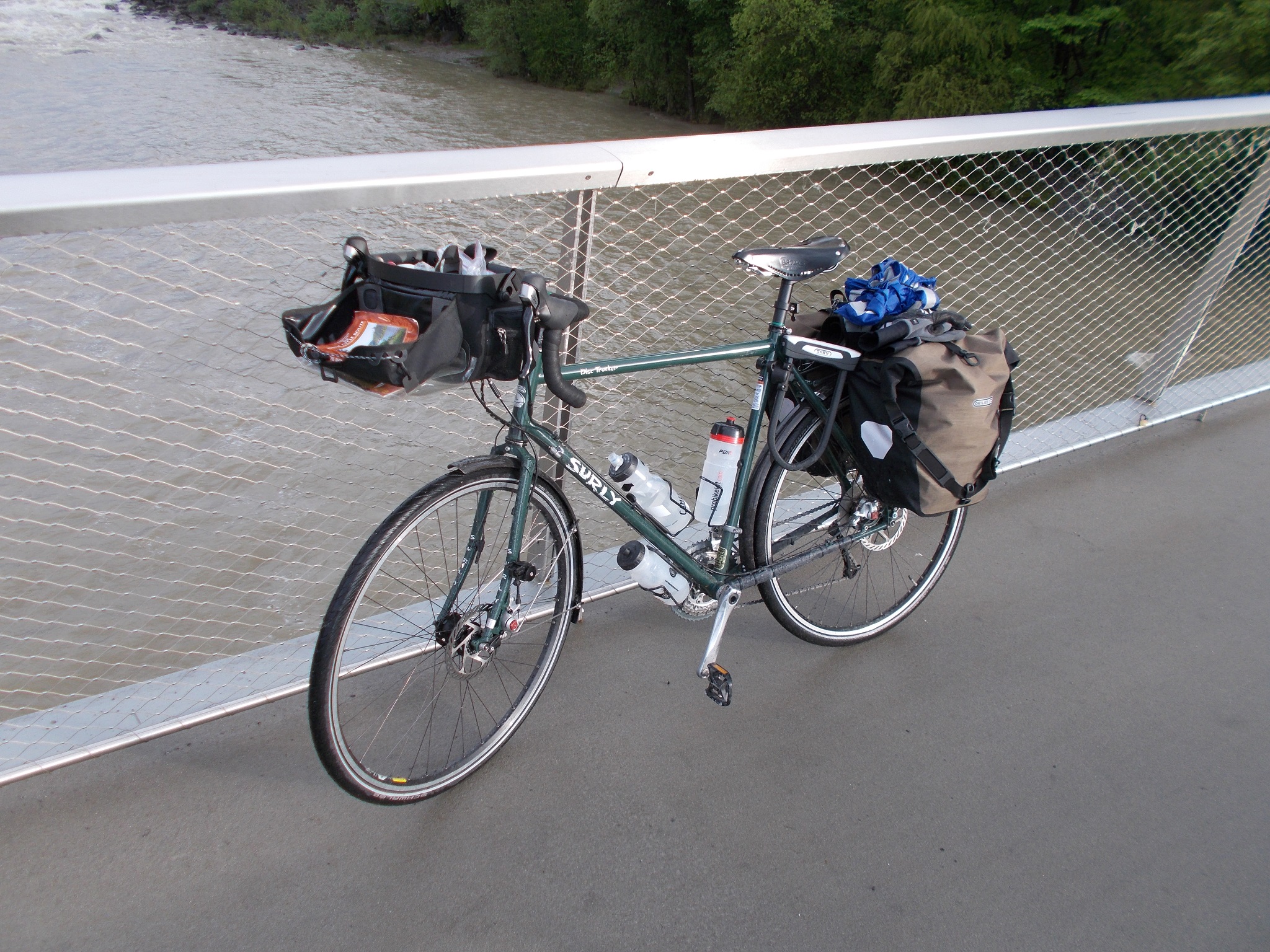 The author’s soggy Surly Disc Trucker a short while after entering Austria having left behind hours of riding in the rain. The photograph does a good job of hiding the thin film of dirt that covered the bike. Photo taken on a bridge in Austria between the cities of Hard and Bregenz. May 7, 2014 – Bregenz, Austria.